This is part three of my series on how GoPro can turn things around and improve it’s fortunes. 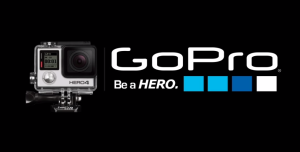 GoPro is turning itself into a software company as Founder and CEO Nick Woodman pointed out in an in-depth article on The Verge. While I agree with the pivot, they are making steps but not strides which is what investors want to see. The best way for them to make strides is to make the biggest,boldest move they have done to date and buy AVID.

GoPro went on a buying spree and purchased start-up’s creating editing software. Apps like Replay (which they turned into Quik) and Splice and back in 2011 they purchased CineForm. These are all smart purchases but GoPro is not quite there yet and these purchases, while shrewd, are not the end all be all. GoPro needs to go bigger and bolder and go after AVID. An editing platform with a long legacy in sports and entertainment and still a relevant player in the production space.

Avid was once the editing industry standard. Through poor management, high costs and lack of innovation they fell behind their competitors. First Apple with Final Cut Pro and then Adobe with Premiere. Apple has since crashed into a wall by discontinuing Final Cut Pro in favor of Final Cut X )which makes Adobe the default winner. GoPro can win this battle with the purchase & successful integration of AVID’s software into GoPro’s software and hardware.

GoPro has a market cap of $1.5 billion while AVID is around $230 million so it’s not a question of money. It is a question of culture and forethought. GoPro gets deep ties to the live sports and entertainment industry with this move which helps them make a big stride in an arena where they are already in but not all the way yet. In other words, this move gets them over the hump and makes them a player.

Now for the hard part. AVID is an older company and a little too stuck in their ways. GoPro would need to pump cash into this move and have AVID become not just and onsite editing and storage solution but also a cloud one. GoPro would need to open AVID up and have it move away from it’s older editing architecture and incorporate more video codecs into one video timeline (something that AVID refused to do years ago and gave Apple and Adobe a way to run past them in the marketplace). Besides the high price point for a license, this was one of the major reason why editors moved away from AVID, the speed to get something turned around quickly. While this is only one technical change,  it gets GoPro on the right track and sets the direction for the holdovers from AVID.

The bigger and most important step would be to create a robust API so that other companies could build upon the AVID platform and give GoPro the ability to truly integrate their camera’s to an editing platform with easier access to cloud services like AWS. If the API is done correctly then GoPro/AVID is in more places than one can count and you don’t have to come up with the innovation on your own. Others will contribute like smaller digital asset management companies.

Think about it, a media or marketing company shoots video with a set of GoPro’s at the beach or on location somewhere, then the content is synced to an AWS S3 bucket and they can edit the video in a robust platform like AVID, render out the final version and push it to their media platform of their choice.

Yes this is a 50k foot view and there are some limitations on this like bandwidth but it is closer than you think. Once you have this in place and to a point where it is simple enough for the average customer to set up and use, then you have really go something on your hands. It’s an A to Z solution for enterprise and consumer clients. Charge enterprise companies a premium for integration and workflow development and you’re cooking with grease. It will take capital but more importantly it will take patience and perseverance or as Steve Case says in his book ‘The Third Wave’, two of the three ‘P’s’.

Woodman is right to pivot the company but just because you pivot doesn’t mean you are going the right way. I believe Woodman is but he needs to go further. GoPro needs AVID as much as AVID needs GoPro. This can work and get GoPro into the right place software wise.